Next stop – the Dakar Rally

Chris Evans knows a thing or two about off-road motorcycling. Not that Chris Evans. As well as being the UK agent for the Dakar Rally and team manager of Cyril Despres (five times Dakar Rally winner) he also organises off-road motorcycle tours in France. Normally we like to write up our trip diaries but we couldn’t sum it up any better than Chris’ account of what happened in his column in Trailbike and Enduro Magazine, reproduced below. 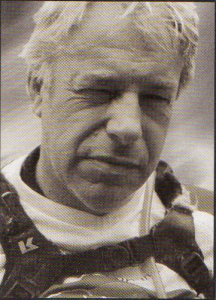 TO BE PERFECTLY honest my first inclination was just to keep it as quiet as possible. I thought to myself, ‘I’ll just do the trip, stay low profile and nobody will be any the wiser’. I mean I have Sport Adventure’s ruffty tuffty image to consider But then they turned up on their stupid looking Yamaha Townmate scooters and much to my surprise I kind of got into the whole thing. And now I feel moved to tell you lot about it.

Rewind six months and I get an e-mail from a bloke calling himself Oz who, with a group of mates, wants to do my hardest possible route on these Yamaha stepthru things. Of course I ignore it. Life’s too short. I must get at least one e-mail a week from some crackpot wanting to do something stupid on something unsuitable. And usually it’s not just their mode of transport that’s unsuitable either, they’re usually unsuitable too.

Me, I do what it says on the tin – roadbook enduro tours in France. Anything else is just a distraction. Background noise. It needs to be filtered out like extreme prejudice. Normally that’s the end of it.

Then a month later I get another email from this bloke Oz. He’s very insistent. He tells me they’ve been across the Sahara and up Everest, all on these stupid Townmates and he reckons they can get round my toughest route with their fingers in their noses.

Against my better judgement I have a look at some of their YouTube videos and actually find myself laughing. There’s a video of them going around the Isle of Man TT course on mobility scooters and they’ve called it the Isle of Nan. Then there’s their Sahara vid dubbed ‘the Wrong Way Round’.

I reply to his e-mail saying they can’t do my hardest route but if they fit their bikes with knobbly tyres I’ll let them have a crack at another cut down enduro route. He agrees to my demands.

Come the fateful day I arrive at the hotel and they’re all there, including a bloke who’s driven all the way from Latvia – that’s 2500 kilometres away – just to ride a ruddy step-thru! They really are as barking as their videos would have you believe. The rest of the group have turned up in a £300 double cab Ford Transit towing a trailer that started life as a carnival float.
Oh dear!

Normally I sort out the lunch stops well in advance. Not this time. I have absolutely no idea how much ground they are going to be able to cover. So to meet all eventualities I’ve invested heavily in crisps, sandwiches and Mars Bars. If they only make it 10 kilometres at least I’ll be able to provide them with something to eat.

Off they go, led by a Frenchman called Olivier. He’s looking even more dubious than I am about this challenge. He looks like he’s accidently walked off the set of a Monty Python film. The French think they like British humour but they don’t really understand it and now, confronted with its brutal reality, I understand why. I hop in the van, go and fill a couple of jerrycans and drive to a point where they will cross the road 15 kilometres into their route.

I’ve got my new pup Kenneth in the van with me and we’re both expecting a long wait. Happily the sun’s shining and nobody’s around so I try and teach Kenneth to ‘sit and stay’. Kenneth shows the same lack of discipline as everybody else born in France.

Half an hour of shouting ‘Sit’ at Kenneth (with no appreciable success whatsoever) the phone rings, Its Olivier and I brace myself for bad news. Amazingly there’re only a couple of kilometres away and have stopped to take some photos. He says they’re making surprisingly good progress. We both express our relief. An hour later they turn up at the rendez-vous.

It would appear they have all fallen off a lot and their bikes need phenomenal amounts of hitting with hammers. Eventually, when everything’s been bashed straight again they head off back into the woods. And so it goes on.

That first day they covered 80 kilometres of admittedly carefully selected track. The next two days they did much the same. Roughly speaking they averaged about half the speed of a modern enduro bike, though the ‘maintenance’ was considerably more onerous. I was impressed, but what impressed me more was how much fun they were having.

Every time they turned up they were laughing and shouting, regaling me with stories of breakdowns and crashes and bashing their bikes with hammers. And their enthusiasm was infectious. Well, up to a point at least. I never actually rode one of their machines and I’m sure they would have let me if I’d asked. But I never did…

So I suppose it wasn’t hitting the spot that much. But there was a lot about what they wore doing that I really liked. For a start I really liked their solidarity. Basically their bikes were falling apart underneath them. They required an awful lot of bashing with hammers and a fair amount of group pushing. If they hadn’t been so ‘one for all and all for one’ they wouldn’t have got anywhere. It was like they’d come up with the whole idea simply as a means of expressing their friendship for each other.

The other thing I liked was the anti-consumerism ethic of the whole escapade. You sometimes get the feeling in the world of off-road that if you haven’t got the latest bike with all the bling on it and all the gear you’d be better off staying at home.

But these guys made it a point of honour to spend as little as possible (much like trials riders do). They were even repairing inner-tubes by the side of the track for god sake! I haven’t seen anybody do that in 20 years!

But the thing I liked the most was that it reminded me so much of my youth, when me and my mates would all meet at my house on an awful array of BSA Bantam postie bikes, step-thrus and scooters and tear-off into the woods for some two-wheeled fun. We all dreamed of owning Montesa Cota 123s and eventually some of us got them. But I’m pretty sure we had more fun fixing and riding those heaps of junk than we ever did on anything even remotely more desirable.

Oz and his mates gave me a timely reminder of what life’s really all about. . .