The only motorsport event timed with a sundial.

On this trip we learnt never to buy beer from a campsite vending machine unless your lottery numbers have come in,  or to eat fermented shark from a plastic pot unless you like the taste of a troll’s underpants.

Unbelievably, the unbelievable happened. A Yamaha Townmate broke down. Properly, terminally broke down. Apparently leaving a moped outside on a trailer for two years and then expecting it to bounce its way round a glacier is a step too far.

Fortunately Björk enjoyed herself, apart from maybe the last one hundred kilometres where she let us, and most importantly herself down. 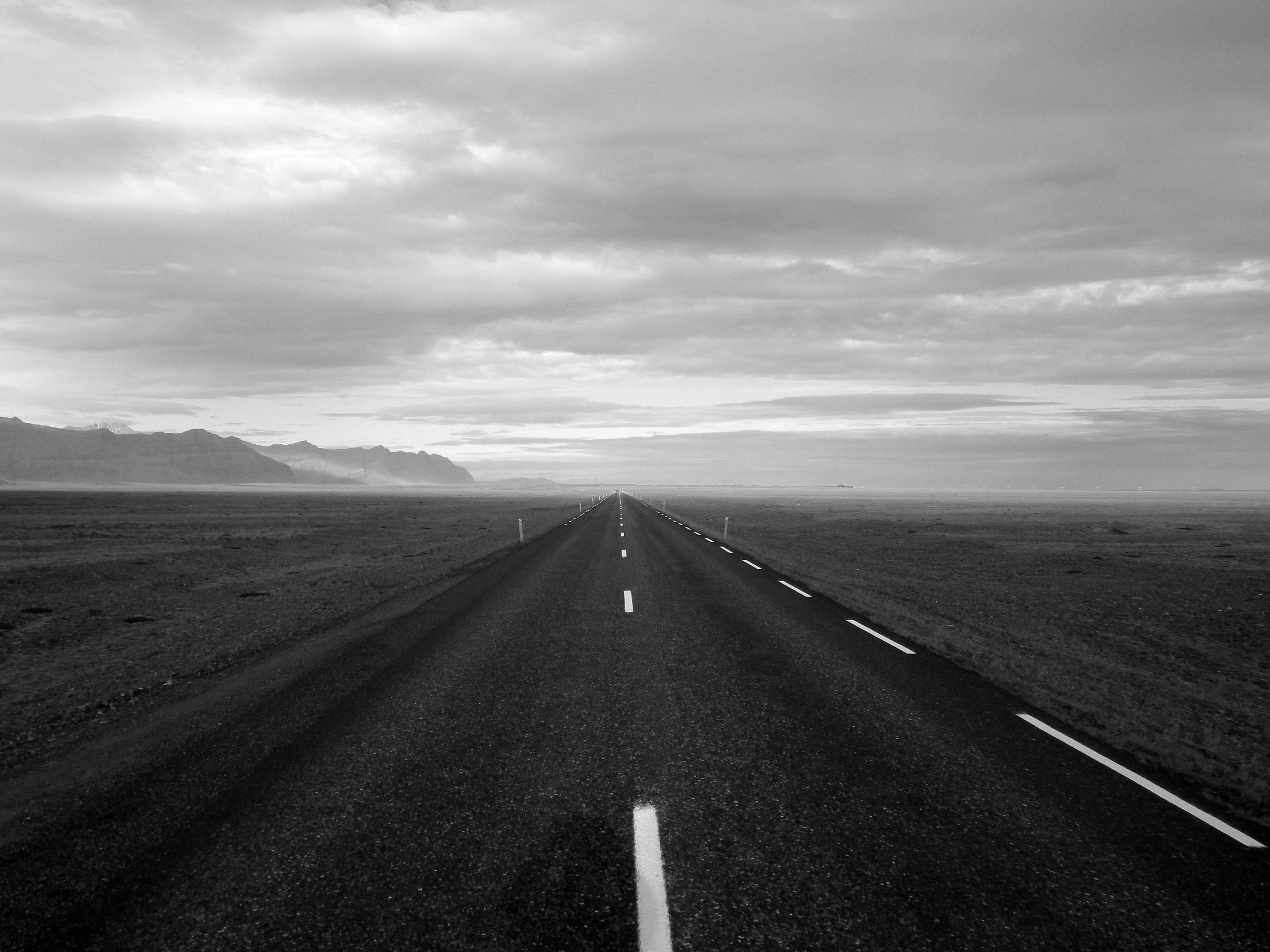 The Isle of Man

The Road to Hell

It all started at our Pub General Meeting. To get our creative minds at full capacity we decided to hold the PGM in Marbella. This was good for many reasons but bad for one unexpected reason. That reason is Gordon. The moral of the story is never buy a crate of foreign beer because it has a comedy name without checking the strength first.

So the next morning we were at a loss to recollect the meeting but evidently at some point we’d joined a What’s App group with the subject matter “Mums go to Iceland – because mums are heroes“. We were the only members so it would seem we also created it.

Whilst it is a well known fact that mums go to Iceland, it’s not as clear how you achieve “hero” status by filling a trolley with frozen prawn rings.

In spite of the atomic hangover we forgave Gordon. Based on the available evidence his powers had spawned a plan to visit Iceland (the country not the supermarket) and there might be some cross-dressing involved. In the cold light of day nobody was arguing that this was not an excellent idea so we set about doing some research.

The clincher came when Google maps turned up a volcanic crater in Iceland’s interior called “Hell”.  Job done. That’s a destination and a theme right there. We now had a fully fledged plan and didn’t even need the usual long list of visas and vaccinations.

All we had to do was get there.

The lovechild of Tennants Super and weapons grade plutonium 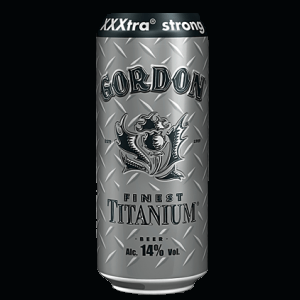 It was proving difficult to find any points of reference. Finally, Google (again) turned up a blog by some BMW GS riders (obviously) who had ridden around Iceland a bit.

Apart from some stern words about the costs of glamping and meticulous details about fuel economy there was not much useful insight except revealing they’d caught a ferry from Scotland.

Unfortunately booking the ferry proved challenging since it had ceased to operate in 2012.

This is turning into a cruise

We hatched a Plan B to go via Denmark. This involved riding to Denmark (yawn), spending two days on a ferry, two nights in the Faroe Islands, and two more days on the ferry.

A quick search of “the Faroe Islands” revealed it would be marginally more interesting than spending two nights in a prison cell.

In summary, we’d have to endure nearly a week of gently rolling from side to side just to set foot in Iceland. In conclusion, that was a big fat NO. 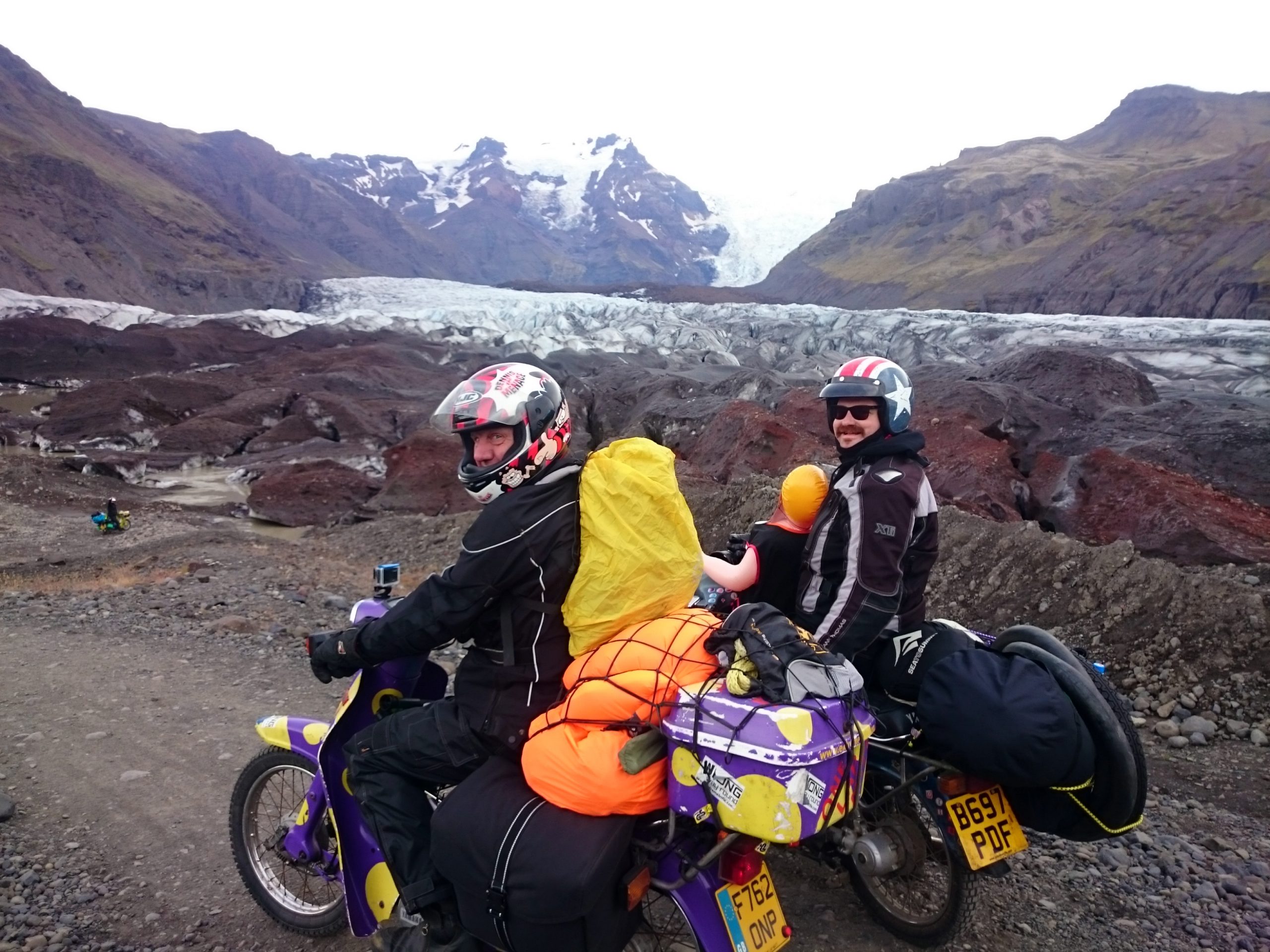 We need a bigger alphabet

With plans A and B now in the bin it was time to go back to the pub. We set an  agenda of a plan a pint.

After a recess for toilet-time and a bonus round with barbeque flavour Hula Hoops, Plan G was floated. Yamaha Townmates are small. If we could squeeze them on to a standard pallet, rather than paying for a container then the cost of freighting would surely plummet?

One out of three ain’t bad

Energised by our cunning new plan we left the pub and did nothing for several months.  We were now in danger of missing the narrow weather window for the year. With a renewed sense of desperation we contacted three random shippers.

One didn’t respond. Another did but omitted to answer any of the specific questions we’d raised. The last shipper’s email arrived in our inbox. It was written by someone who looked like they actually shipped stuff for a living. Questions about things we hadn’t even considered. It was helpful.

Iceland’s Directorate of Customs advised that we could drive our own vehicles in Iceland, but not how to go about it. If Iceland didn’t routinely offer all its websites in the English language we’d have given up there and then.

After a succession of digital dead ends, finally, there it was.  The “E9”. A form with an important sounding name.

This was what we’d been looking for.

A demonstration of a moped not fitting on a pallet. 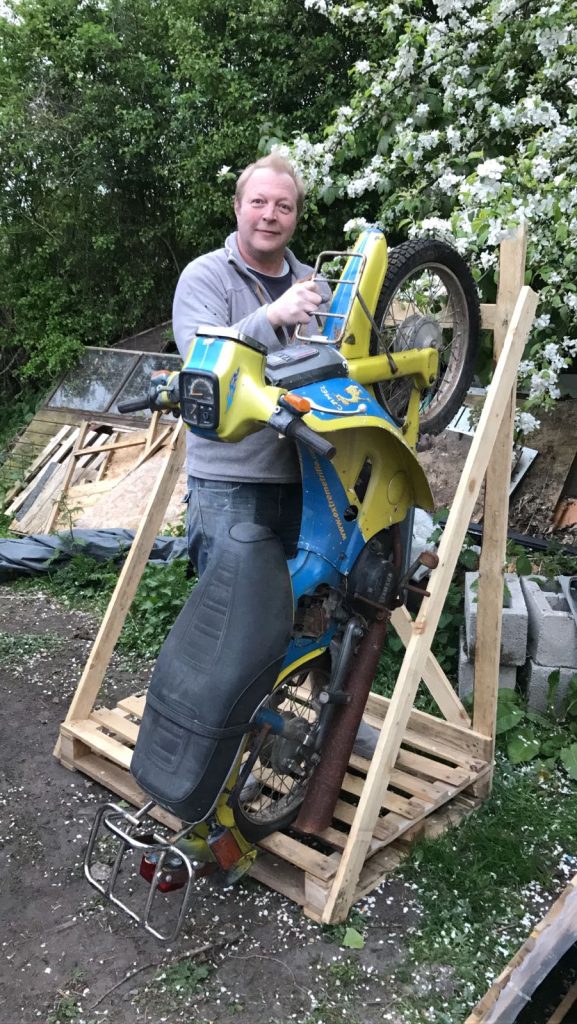 The E9 guidance notes advised if we had any questions about completing the form to send an email. We sent an email.  Three days later we got a reply saying “ask the shippers”. FFS.

It’ll be alright on the night

We assured the shipper that everything was in hand with our packing strategy. This was despite the fact it was blindingly obvious a fully loaded moped would not fit on a standard pallet (see exhibit A above).

The shippers then kindly advised us of the need to only use packing materials which conformed to ISPM15.

We didn’t know what ISPM was let alone there were 15 of them. Some more furious internet research took place.

The road to hell was looking hellish. 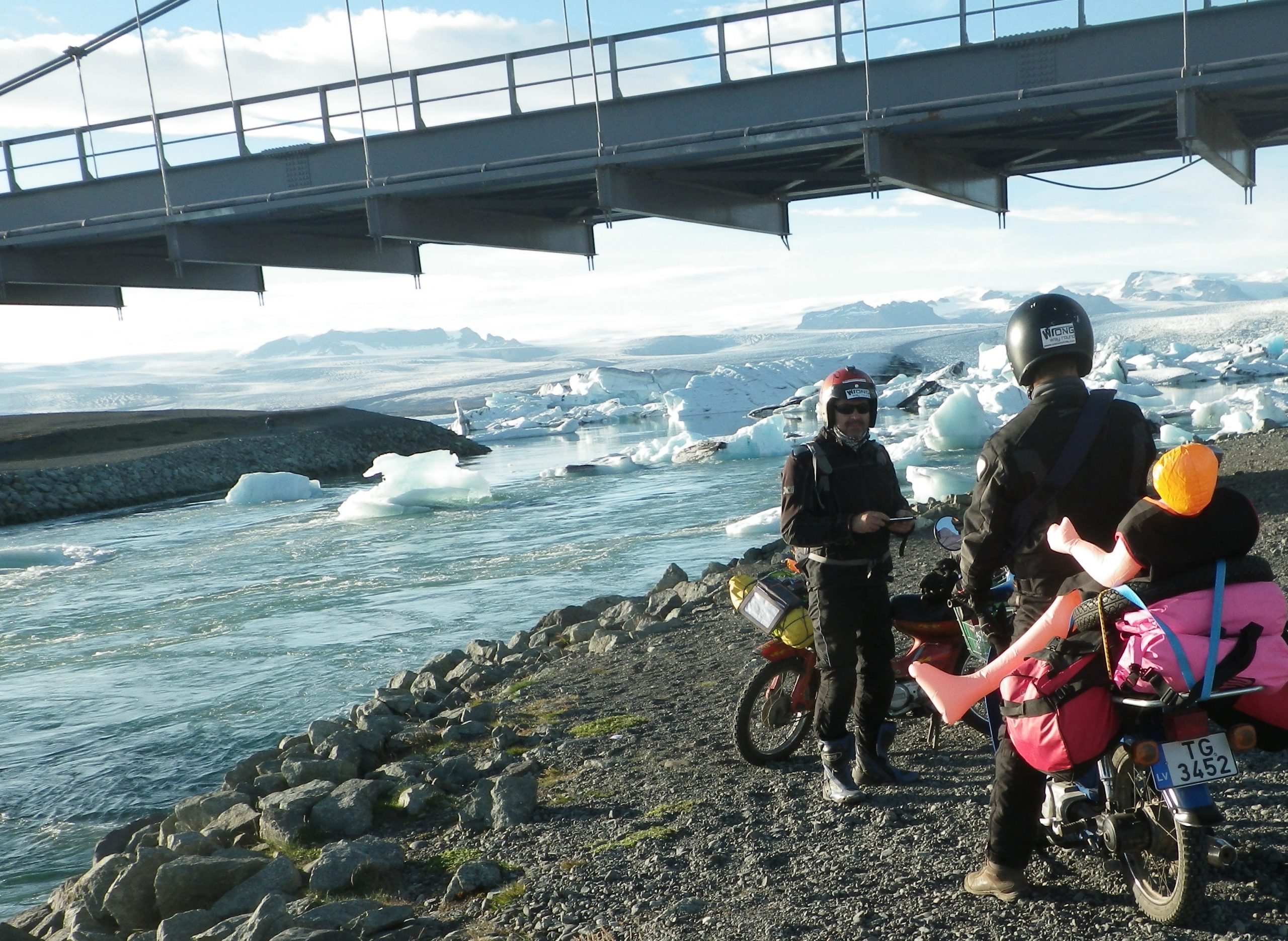 The odds are not good

Four different flights and our mopeds  on a container ship. What were the chances of it all coming together

Can you circumnavigate Iceland with a broken gearbox?

The shippers asked for proof of our structural build quality.


Even we couldn’t take a wrong turn out of town


We stopped as someone thought they saw a pub


Puffins are much bigger than we expected and surprisingly docile


The ring road as seen going anti-clockwise. It looks totally different clockwise as the mountain is behind.


The ring road as seen during a North Korean missile launch


That’s 200 Euros worth of beer right there. Ouch


The campsite shower. No hot tap.


Oz starts the day with a polished helmet


No idea who this was but he kept following us


Bjork accepts a lift from Kaspars and quickly regrets it


Wreckage from a 1973 plane crash. Proof that aluminium doesn’t rust


Matt fails to grasp the concept of hands free communication


The three spires in the background are petrified trolls in Icelandic folklore. In the foreground we have some petrified tourists.


A mountain upside down in a puddle


Do we go left or right of the lumpy bit?


Matt contemplates the consequences of 4 out of 6 engine casing bolts missing.


It is a scientific fact that you get taller in Iceland


It is a scientific fact that you get smaller in Iceland


We decided not to go for a dip


Map check to work out why we’re under the bridge and not on it.


These are possibly dinosaur droppings


The local equivalent of a moped


A rare glimpse of a T80’s terminal speed


Hopefully that’s a tunnel entrance and not a painted door.


Three mopeds and a pointy rock.


The last stretch of water we could cross without getting wet


A roadside barrier perfectly designed to let a moped slide underneath


The camera was waterproof. Our waterproofs were not.


Bjork showing the first signs of a diva performance


Is a moped bigger than a small jeep? No. No it isn’t


A rather unnecessary scarecrow unless birds like solidified lava


The diet of Pot Noodles is taking its toll


9,500 points if either of these is laid on a triple word score


The road to Hell


This is Hell. We can confirm there are no gates or flames. Just a slight whiff of eggs


Bjork finds herself rejuvenated in the waters of Hell


Bjork,s sulk reaches its peak when we announce it’s time to go home