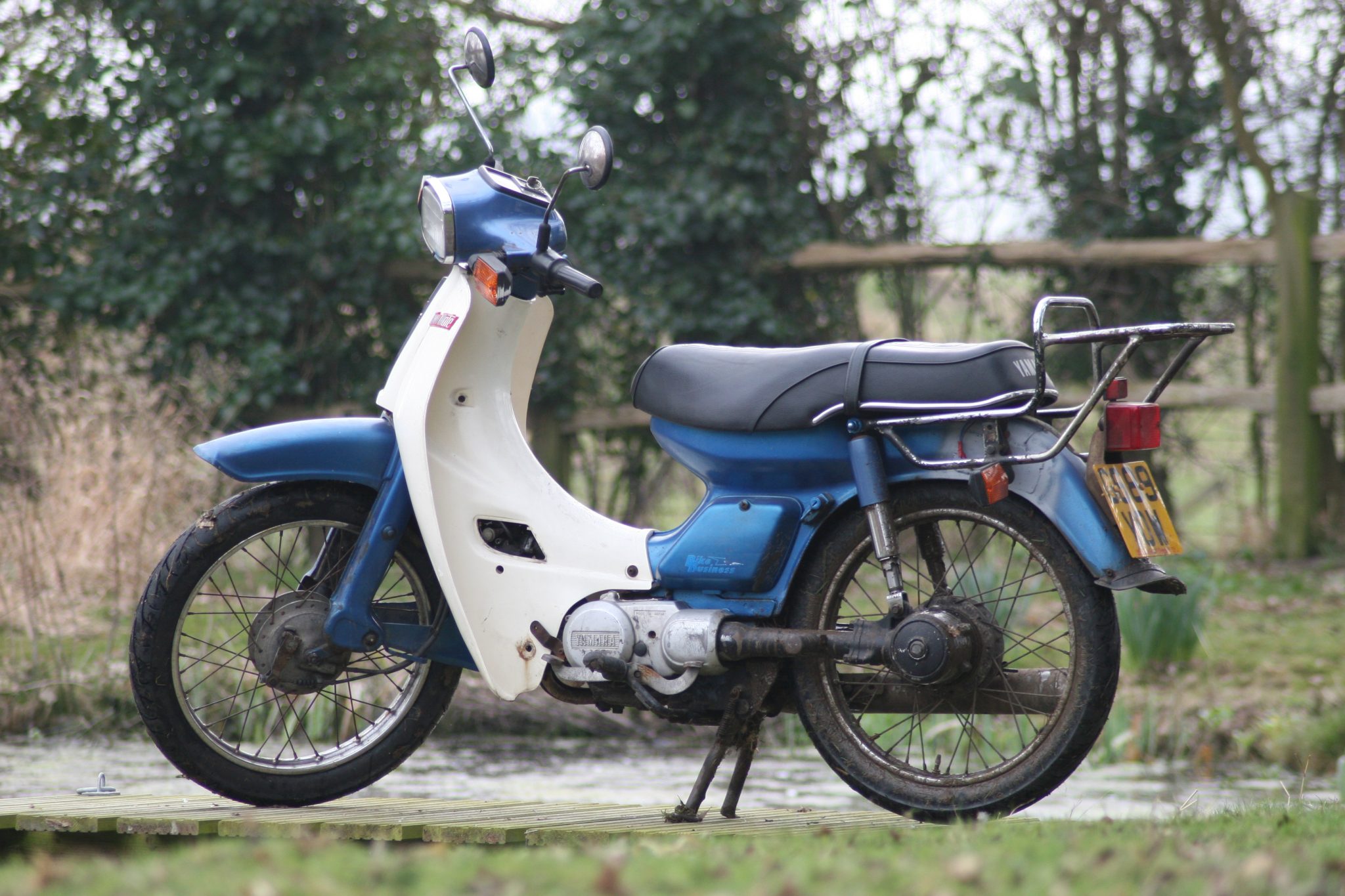 After weeks of frantic searching I finally got my hands on that most elusive of beasts, the Yamaha T80. By the time I collected it and got back home it was too late to take it out for a test so it would have to wait.

I went to work the next day and the hours dragged by. I managed to skive off early and raced home with my heart pounding knowing what was waiting for me in the garage.

I should say that although I have extensive knowledge of the mighty Honda C90 I have not ridden one in anger for over a year and my previous bike (a Hayabusa) and my present Z1300 can only give me a basic understanding of the power I am about to have at my disposal.

Having got home I wheeled her from the garage, put her on the centre stand and just stood back to savour the moment. There followed a quick pre ride safety check during which I discovered that the front tire was 1.5 psi below the recommended 22 psi, this may not sound much but given the loads that I was about to subject this baby to there could be no short cuts. At this point I (bizarrely) felt a certain affinity with Andy Green (the Thrust SSC pilot) before he stepped into his cockpit to break the speed of sound.

During my moment of reflection I noted a number of advantages over the C90 notably the shaft drive (which is replaceable as a complete unit) and the sight glass to check the oil, how many C90 engines have we lost over the years to the mistress that is the C90 dipstick?

So the moment had arrived, I swung my leg over the saddle and found it pleasantly firm compared to my C90 memories. I turned the key, slid the choke out and kicked her over, she barked into life 1st kick and I listened in awe at the sound of the 79cc 4 stroke purring away, after 30 seconds or so I closed the choke checked my lights and indicators and slipped her into gear, the moment had arrived!

Gingerly opening the throttled I moved off my drive and down the road. Cutting through the traffic the T80 responded well easily keeping up with the 25 mph demands of rush hour in Farnborough. I soon got the hang of the 4 speed box which appeared to give a much better spread of power than the 3 speed C90 and easily popped spontaneous wheelies in 1st and 2nd gear when I wasn’t concentrating on my throttle control, although the T80 gives away a massive 6cc to the 85cc of the C90 Cub I could not detect a lack of power in this refined engine.

I then headed out of town to find an open stretch of road where I could really put her through her paces….

Finally I found a stretch of duel carriageway with the nearest car over 10 meters in front of me, at last, space to open her up! I cracked open the throttle and my head was forced back at least 2-3 millimetres by the sheer acceleration, I wasn’t ready for that! Rapidly moving through the gears I changed up into 4th and risked a glance at the Speedo, 45mph!! I knew there was more though so I checked the road ahead to make sure that there were no unsuspecting Merc SLK’s or Porsche’s poodling along that I would rear end and cranked the throttle all the way after what seemed like only a few minutes I had cracked the 50mph barrier, time to back off, I didn’t want to push my luck, I slowed to 40 and my internal organs returned to their original positions, I counted my blessings, how many people can claimed to have taken a T80 to the edge and returned intact. Lads, I think we have a new champion, C90 RIP.